Dugan : Painful to say the least 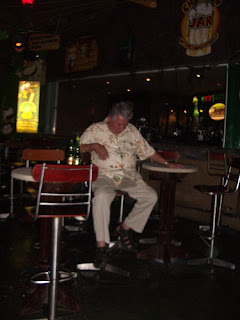 Australia has heaps of people sitting on barstools who coulda......we have a world of talented alcoholics. It would appear that Josh Dugan is hell-bent on joining them. The world of creative and talented people who put more energy into their excuses than into fulfilling their talent.

The Brisbane Broncos have walked away from Dugan after his latest rant on Instagram where he berated and belittled fans who have reacted poorly to a Dugan shot on the social network. The fan rants appeared to be aimed at Dugan selfish approach and how he had let the Canberra fans down. Dugans rants appeared self-deluded and were personal attacks. Dugan claims he has been bullied. The simple answer is get off all social networks Josh. Don't put yourself in a position where fans can and will taunt you. It really is that simple.

Overall the best advice for Josh. Pull your head in. Put that talent of your alongside discipline, focus and a service approach to your team and your fans and you may just become an NRL great. If not, be prepared to be an image of the above, drunk, pissing himself after telling anyone who would listen how good you could have been .....the choice is yours NOW.

Email ThisBlogThis!Share to TwitterShare to FacebookShare to Pinterest
Labels: alcoholic, could have been, drunk, josh dugan, poor behaviour, social networks

The 2013 National Rugby League has been one of confusion at times. There are two clear cut teams in this early stage, Melbourne and Souths Sydney. They look a cut above the others at the moment. And while competitions aren't won in March, they are certainly setting the early pace and setting the standard for the others to follow.

Others who have shown glimpses have been (in no particular order) Wests Tigers, Newcastle, Parramatta, Titans and the Bulldogs. The Sharks are a team that has performed in the face advertsity and continue performing strongly in the face. It remains to be seen how they continue moving forward as the pressure mounts.

The disapointments have been the Cowboys, Warriors, Dragons and the Broncos.The Warriors already look like a team that don't want the coach. Sooner or later the players of the Warriors need to take responsibility for their performance, spit the dummies out and play with some pride and conviction.

The Cowboys seem to be a team weighed down with anticipation. They look inconsistent and playing again without passion. Unfortunately the Cowboys history is littered with periods like this. They better pull their finger out if they want to make the Top 4.

The Broncos are in a world of hurt in my eyes. They lack punch down the guts and I think as a club they are overextended in workaholic second rowers, who Anthony Griffin continues to use as centres. The club is criticised for lack of scoring prowess, and that is so true. They replace their only impact player Justin Hodges, (who is a week-by-week proposition) with  Matt Gillette and/or David Stagg. Jack Reed's run appears to be over at NRL level and I expect on form for him to be back in Intrust Cup soon....

Their recruitment policy defies logic at the moment. David Stagg and Scott Prince are way beyond use-by dates and they have been touted as their big name signing. The fallout was quick, Corey Normal gone to Parramatta. Josh Hoffman is their best fullback, and he is stationed on the wing, while Norman fills fullback to allow Prince and Wallace to fill the halves. Their selection strategy is BAD BAD BAD. They need some extra momentum up front, they need Norman in the halves, Hoffman at the back and develop some impact players out wide. They are in trouble...they will miss the Top 8.

The Dragons will take the Wooden Spoon. They have lost the ability to attract players and will suffer a painful season for the die-heart Red Army. They will have occasional glimpses of what they can do, but if they want to do anything this year, they need Jamie Soward to eliminate the crap currently in his game, direct his team around the park and stay focussed and disciplined. Jack DeBelin must play, as he exhibits passion and personality, both things sorely missing this season.

You Have to be Kidding!

I have just read up on the latest on the Sharks saga....all I can say is that the whole thing is a joke. But just in case you missed it. We have currently 14 players being asked to admit to takin performance enhancing drugs in 2011. Of course they have refused. This "evidence" has come from a whistleblower.

The other evidence is clear.


This is a total joke. Do players/coaches and clubs now have to safeguard future additions. Does all it take is one whistle blower to pass judgement....

What this is really showing, and along with the Lance Armstrong fiasco, is that official drug agencies really have no idea or methodology to stop uses of cheating with drugs. They are now relying on the schoolyard snitch to force guilty admissions. What a joke!
Posted by Tony Curl at March 07, 2013 No comments:

What is the Deal with the Sharks

What is the deal with ASADA and the Sharks. This just happens to be the biggest stain on Australian sport at the moment, where a minor 6 weeks of work, 2 years ago with a club, can put 16 players on notice to be out of the game for 2 years.

No drug test convictions lets remember. The club didn't approve of his methods and sent him on his way. It was in 2011 and no advantage was gained in any way, shape or form.

The Footy Season kicks off tonight with the maximum promotion given to the return of Sonny Bill Williams, in the Roosters clash against the Rabbitohs. Personally, I am not overly fussed on SBW return and find it humorous that a player, who left the game so bitterly, can return to a standing ovation. So tonights game I can take it or leave it, but for the record, Inglis and the Rabbitohs will win.

Tomorrow Night sees the Brisbane Broncos take on Manly to kick of the Qld Season at Suncorp Stadium. 25years the Broncos are celebrating, and they should be up for it. Manly may just want to remove that stain on their history, being beaten by the Broncs in the Broncs very first game. This game should be special.

The other game of interest for me is the Dragons v Storm game. I am not expecting miracles this year from the Dragons, so the Storm should win, however quietly confident that the Dragons will show up ready.

Hoping everyone has a wonderful first week of NRL football, and even though after this round we will have 8 losers, just remember...its a long season.