A Giant Win in a Giant Game 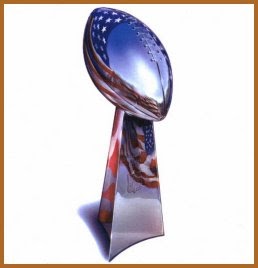 The New York Giants came back with a vengeance in a fourth quarter winning drive to steal the Super Bowl 21-17 defeating the New England Patriots. The Giants started the better of the two teams and strode away to a 9-0 lead. However a Tom Brady inspired drive right down the field led to a Patriots touchdown which gave them the half-time lead 10-9.

The second half had it all, with the Patriots seemingly controlling the game at will, however the Giants stayed in touch through field goals, until a final quarter. The Patriots had plenty of chances to win the game, but crucial catches were left behind when needed most.
On the contrary, the Giants made the most of their chances with David Tyree catching a critical ball on third down in that final drive. Ahmad Bradshaw scored the winning touch down for the Giants, although as coached to do, he tried to pull up on the one yard line to drive down the clock and set up for the winning field goal. However as it turned out, scoring the touchdown have Tom Brady and the Patriots 57 seconds to win the game. And almost steal it they did, but two in completes with fairly simple catches, led to one final hail mary play from Brady and in the final numbers play, the Giants had five players to the Patriots three as the ball found the inzone and fell to ground, giving the Giants the Super Bowl Rings.

It was a great game, and one that went down to the wire.
Posted by Tony Curl at February 06, 2012