Salary cap its own worst enemy in sorry Inglis saga 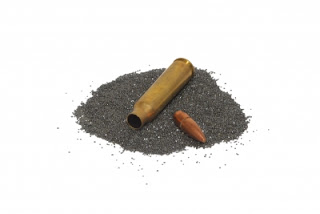 Not sure how we missed this story, but we did. Glenn Jackson on the 23rd December, wrote the article below. For many years, we have been outspoken about the salary cap, and recently of the AFL's ability to place "Promotional/Marketing payments outside of the cap, something the short sighted administrators cannot seem to do in the NRL. Just another reason for the cap to go.

By Glenn Jackson, League HQ
Let's take a step back for a minute. Forget about Greg Inglis. Forget about South Sydney and Hollywood pulling power, and Essendon. Just consider a subplot to this sideshow; how did rugby league get to the point where the NRL lawyer and its auditor are interrogating sponsors to decide their motives?
Forget about who you agree with and who you believe when it comes to the Inglis saga. The fact is that four sponsors were willing to pay Greg Inglis a combined $200,000 a season.

Whether he was to be paid that money to play for Souths is at the heart of the issue, or at least the investigation, but ask yourself whether it should be, for the Rabbitohs or anyone else.
In this case, if a sponsor believed it was a good thing that Inglis would play for South Sydney, why should we question that?
Salary-cap auditor Ian Schubert and NRL lawyer Tony O'Reilly did just that, questioning the Aboriginal Medical Service's chairman Sol Bellear and chief executive Naomi Mayers, ANZ Stadium's Daryl Kerry, The Food 2U Group's head John Byrne, and Christian Saap of Glebe car dealership Saap Auto. They were asked: Do you know Russell Crowe? (''I said, 'I don't but I'd like an intro,''' Byrne said); Do you have an association with South Sydney or Anthony Mundine?
The reasoning is an honourable one even if the process was not: the NRL wants to maintain the sanctity of the salary cap, which has served a purpose in levelling out the competition while ensuring the clubs do not spend beyond their means.
To give players a little extra, third-party payments are allowed, although heavily policed. Which is all fine. But if ensuring the sanctity of the salary cap means we have to question why a sponsor is willing to become involved, then maybe third-party deals need a rethink. Certainly, potential sponsors will be doing just that at the moment given the experiences of Inglis's four suitors.
Now let's consider Greg Inglis. Let's consider South Sydney and Hollywood pulling power.
Part of the problem through this whole saga, according to the NRL, has been the cockiness of Souths' co-owner Russell Crowe, who appeared on Jay Leno's US TV show to make the claim that his club had signed the LeBron James of rugby league to a $1.8 million contract.
Where is the harm in that? Given that James probably earned $1.8 million during the time it took for Leno to interview Crowe, the actor is lucky he wasn't laughed out of the building. He wasn't, because he's Russell Crowe, whose eccentricities are such that instead of plugging his next movie, he chooses to give an endorsement for his side project. If the sanctity of the salary cap forces us to be so jaded that we choose to criticise, not celebrate, the spruiking of the sport on an American talk show, that is another reason the cap no longer fits.
Maybe it is because this game has such a rich history of drama that we see fit to create it even when there is none. David Gallop has rightfully said all along that this is a unique case. But in saying that because it is unique, it deserves more scrutiny, he has it the wrong way around. Inglis was forced out of Melbourne because of the club's salary-cap rorts. There is a compelling argument that there should have been more latitude in his case, not more scrutiny.
Inglis can be temperamental but it is hard not to be sympathetic; he will see that the AFL will try to bend the rules to have him appear in their code, skating around the fact that next year's player lists are already confirmed and that the pre-season draft has already taken place, and giving him extra enticements through an ambassadorial allowance.
Meanwhile, the perception for him will be that the NRL has been tightening the rules for him.
The NRL might be well within its rights to question the deals and the car dealers. But that doesn't make them right to do so. If the laws surrounding the third-party deals are so convoluted, so confusing and so seemingly difficult to manoeuvre around that we have potential sponsors questioning whether they want to throw their money at rugby league, and Inglis questioning his future in the game, is it the laws that need a thorough interrogation?
If Inglis does go, the salary cap as we know it should as well. Is a slightly more even competition worth Inglis not being a part of it?
Let's take a step back, before rugby league does.
Posted by Tony Curl at December 30, 2010