Australian Cricket on the Skids 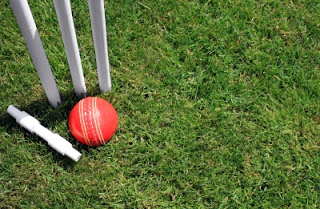 We usually don't make too much comment about cricket during the footy off-season, but at the moment feel that we just need to. At the end of the day, the abilities, heart and desire amongst this cricket team have to be questioned. It appeared that everyone got a little ahead of themselves in Perth, where we rode roughshod on the back of two brilliant performance with the ball from Ryan Harris and Mitch Johnson.

We then got carried away, but we should have still know this:
Major changes are needed within our cricket team, starting with selectors and the hierarchy. We need fighters, players that have commitment and a bit of heart, not those that look good on a magazine cover.
Posted by Tony Curl at December 29, 2010

Email ThisBlogThis!Share to TwitterShare to FacebookShare to Pinterest
Labels: cricket