The Integrity? of Inglis 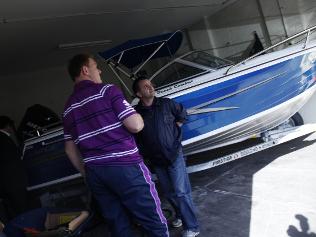 The headline screams " Crowe kept me in the game" as Inglis declares his love for the "people's club". Inglis talks about his disillusionment with the Storm and the Broncos and how he feels he has the right to renege on his deal. Lets look at the time line here.

My question is simple. Does Greg Inglis actually pay for anything? I am really tired of superstars expecting the world. Inglis has no integrity left, and he will blame the world for this perception. MAN UP. Accept your responsibilities mate. The world is not a free ride.
Posted by Tony Curl at November 09, 2010